When the iconic Tiffany & Co. flagship store opened on Fifth Avenue and 57th Street more than 80 years ago, it ushered in a sleek sophistication that set the tone for what would become one of the most renowned New York City streets and luxurious shopping districts in the world. In turn, it has become a cherished architectural masterpiece in the heart of the Big Apple. In the eight decades since its opening, structurally not much has changed­—but the time has come.

After the completion of the renovations, the flagship store will reopen with premium refinements and eye-catching interior and exterior additions, including a glittering glass rooftop.

Although lavish expansions and renovations will catapult the flagship store into the future, some of the treasured unique elements that make the legendary jeweler special will remain. For example, the exquisite existing vitrines, distinctive salvaged stone and Wheat Leaf grilles, as well as amazonite details that add to the store’s opulent ambiance are all being preserved or repurposed for the revamped flagship store.

Keeping those features and incorporating them into the new design aptly reflects the house’s commitment to its rich heritage while looking ahead—a Tiffany hallmark. 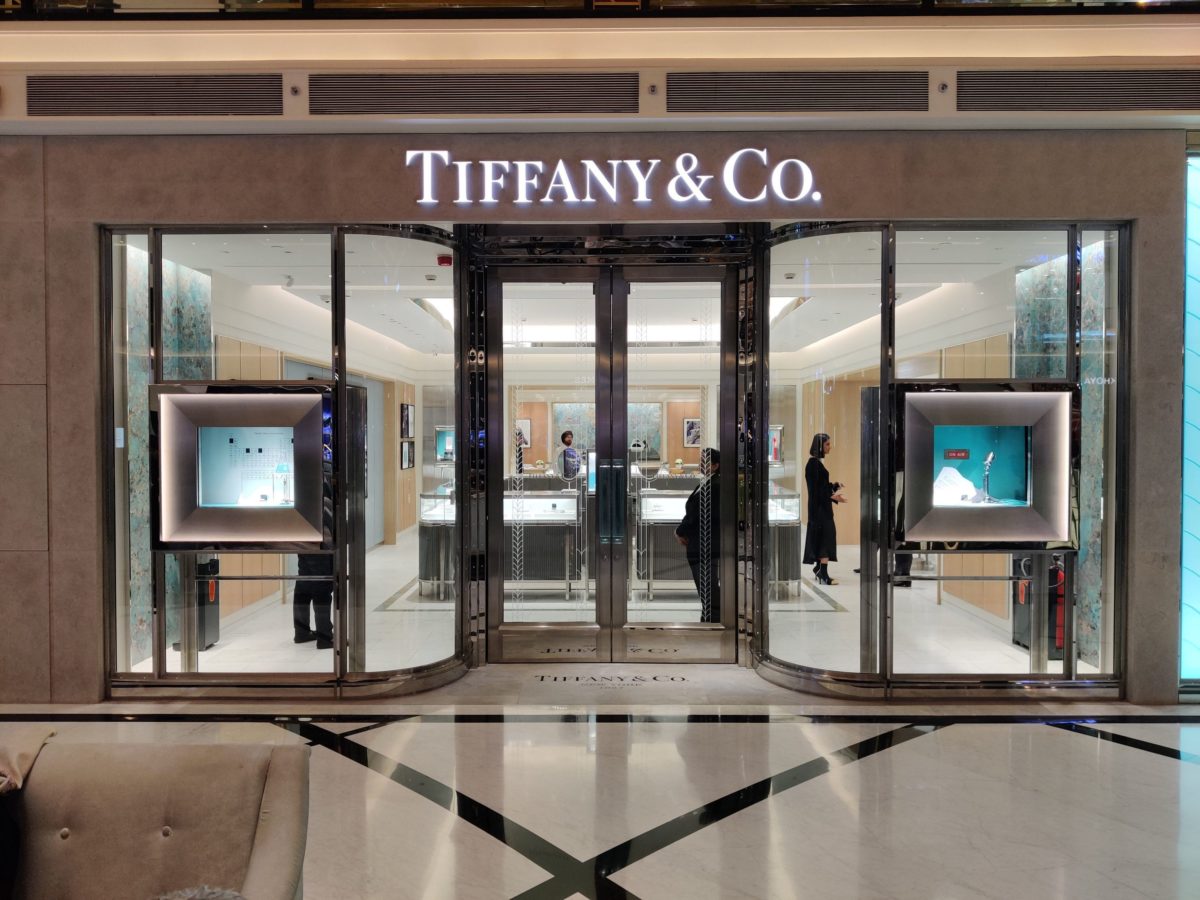 Standing the test of time

While many of those details are virtually synonymous with the store, nothing symbolizes the brand quite like the iconic Atlas clock that sits atop the limestone-and-granite building’s entrance. The nine-foot bronze-painted statue of the mythological Greek figure shoulders a clock that has been a part of Tiffany’s history since 1853, when it was first affixed above the entrance of the House’s previous location at 550 Broadway. Since 1940, the Atlas statue and clock have come to symbolize the Fifth Avenue institution, recognized around the globe as an emblem of Tiffany itself.

Approximately four feet in diameter, the sculpture graces the building’s façade and boasts elegant Roman numerals. It beautifully represents the brand’s timeless appeal that spans generations. It’s the oldest extant building clock in New York City and serves as a beloved and trusted timekeeper in the bustling metropolis.

Since 1983, the Atlas clock has inspired original timepieces and a full range of Atlas® jewelry and accessories that debuted in 1995. Throughout the years, its signature Roman-numeral designs made the collections coveted among customers.

In 2020, Tiffany began discontinuing some of the original pieces and introduced a stunning new lineup—Atlas X—revolutionizing the Roman numeral motif. In early 2021, the brand began rolling out a bold new collection of jewelry, eyewear and watches that exemplify the precious nature of time. Meticulously crafted with precious metals and shimmering gemstones, the designs are defined by solid, smooth lines, precise, graphic cutouts and intersecting pavé diamond elements.

Reinventing the familiar is what this collection embodies, and it dovetails wonderfully with the forthcoming flagship store renovation. Each represents an evolution that celebrates legacy, proving that embracing both will always shine.

Value of On-The-Go Food Packaging Market in 2032 Is Forecast...

We’re betting on pick-up in capital expenditure; bullish on ...

When, Where Was the First Case of COVID-19?

© Technology News 2022. All rights are reserved